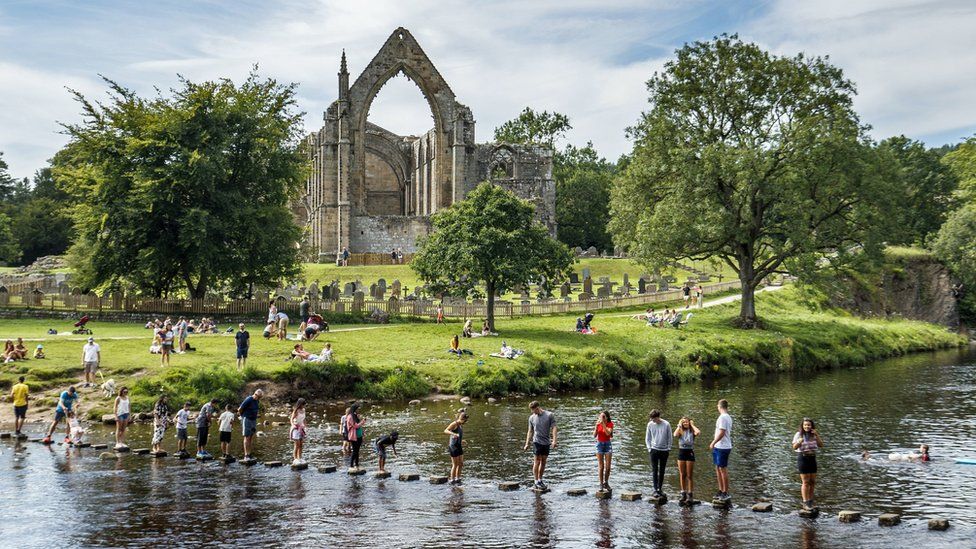 Bolton is a fascinating town, steeped in history and culture. It sits between the edge of Greater Manchester and the county of Lancashire and boasts a population of 285,000. It is one of the largest towns in the country. Within the borough of Bolton, as well as Bolton town, there are also several smaller towns, such as Blackrod, Farnworth, Little Lever and Westhoughton, each with something unique of their own to offer.

Why take a guided walking trail?

There is no better way to enjoy Bolton or the surrounding area than by taking a guided walking trail. It’s one way to ensure you do not miss anything important and it’s far more enjoyable to explore new areas if you are being guided. There’s also less chance of getting lost as well!

Bolton was one of the most important mill towns in England and a lot of inventions that occurred during the industrial revolution were invented by people that lived in Bolton themselves. On a historical guided walking trail of Bolton, you will discover places that have a unique story all of their own to tell. For example, Bolton Marketplace is full of buildings that have a lot of historical background and Bolton has had a market in the town dating back as far as 1251. There is also a traditional pub that has been open since 1251 as well and in 1640 there was even a beheading that took place outside the pub. The pub has a few ghosts as regulars too. You will discover a lot more on a guided trail. The historic Bolton walk is available from the best walking route app by TrailTale and will ensure you leave the trail with an in-depth knowledge of Bolton and it’s intriguing history.

In the borough of Bolton is the Smithills, a picturesque and charming area that boasts a large hall, which is a grade 1 listed manor house, a coach-house and mills. During the 19th century, there were 216 cotton mills and 26 bleaching and dying factories. The Smithills has been attracting tourists for over 200 years and it’s easy to see why that is the case. Many of the traditional cottages in the area were used to house the families of the women and men that worked at the hall, or in one of the mills. Enjoying a guided walking trail of the Smithills will allow you to embrace the ambience of this charming area as well as discover the history and importance the Smithills played during the industrial revolution.

What to check for before going on your ski holiday

Do You Dream of Living as a Digital Nomad? What is the Best Way to get Started on…

What to check for before going on your ski holiday